The Solano County Fairgrounds is currently activated as a large animal/livestock evacuation area for animals affected by the fires in our communities.  Call Solano County Animal Control at 707-784-4733 with questions.

The Solano County Sheriff's Office Animal Care Division is currently housing small animals for Solano County residents who were displaced by the recent fires in our communities as space is available.  Call 707-784-1356 or come by 510 Clay Bank Road in Fairfield. 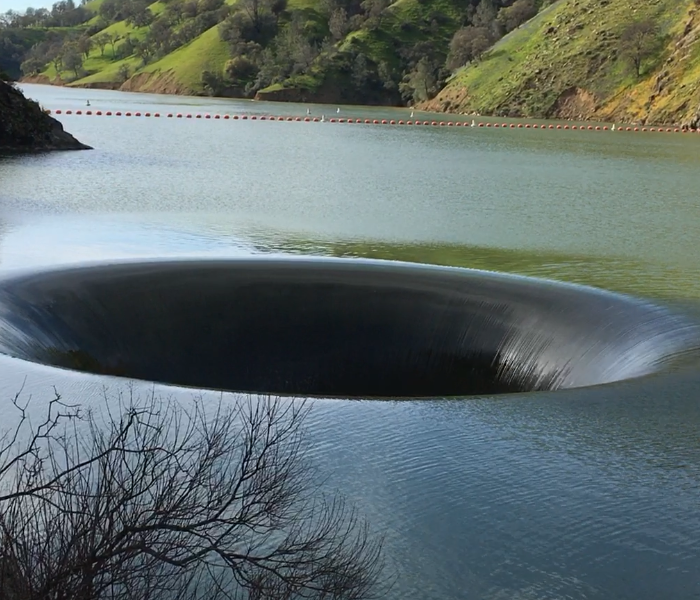 The Glory Hole in Lake Berryessa looks like a large sink drain.

Not too far from SERVPRO of Vacaville's doors is a unique site that is drawing a lot of visitors. Locals know it as the Glory Hole, but its official name is the Morning Glory Spillway, and simply put, it is a gigantic drain that helps release water from Lake Berryessa. The reason it is garnering so much attention is that the Glory Hole has only been used about two dozen times since it was first built in the 1950s. The Glory Hole works a lot like the drain in the side of your sink. When the water gets too high, it spills into the drain to prevent overflow. In the case of Lake Berryessa, the lake level must rise above 440 feet before water spills down into the Glory Hole. And when it does, a steady stream of visitors gather near the southern end of Lake Berryessa, near the border of Napa and Solano counties, to watch it drain. It is especially popular with Vacaville, Dixon, Winters and Davis residents since the attraction is an easy drive from all of these communities. If you haven't had a chance to make the trip to see it yet, don't worry; the Glory Hole will likely spill for a couple of months, like it did in 2017.

Once water spills into the hole, it drops about 200 feet straight down into a narrowing pipe. At the bottom, the pipe takes a 90-degree turn and runs hundreds of feet to the other side of Monticello Dam. The dam holds back Putah Creek to form Lake Berryessa, which supplies water to Vacaville, Fairfield, Suisun City and Vallejo, as well as Travis Air Force Base. While most dams have a spillway to the side to manage high waters, the Monticello Dam features the less-conventional Glory Hole, making it unique and a popular tourist stop at this time of year. Be sure to visit it while you still can!

Thanks to a new website, fire officials are getting some help in locating the exact source of fires from a network of high-definition cameras sprinkled around California. Seventeen cameras are now being added to that network in the North Bay, a part of the state that has recently become synonymous with devastating wildfires.

By logging onto alertwildfire.org, fire officials will be able to zoom in on plumes of smoke and get a reading on its direction. This will help firefighters and emergency responders to see, locate and confirm fires, quickly scale fire resources up or down to respond appropriately, to study how the fire behaves until it ultimately is contained, and to help conduct evacuations.

Longer periods of drought have contributed to an increased likelihood of devastating wildfires with tornado-like tendencies that allow fires to jump large rivers and traditional fire barriers.  This was driven home once again by the fires in Butte County in November, which destroyed some 14,000 homes including the entire community of Paradise.  SERVPRO of Vacaville helped several homeowners whose homes survived the fire storm, but wished more homes could have been saved.  It is our hope that the new camera system will help detect the source of future wildfires and decrease their devastation for homeowners in all of California.