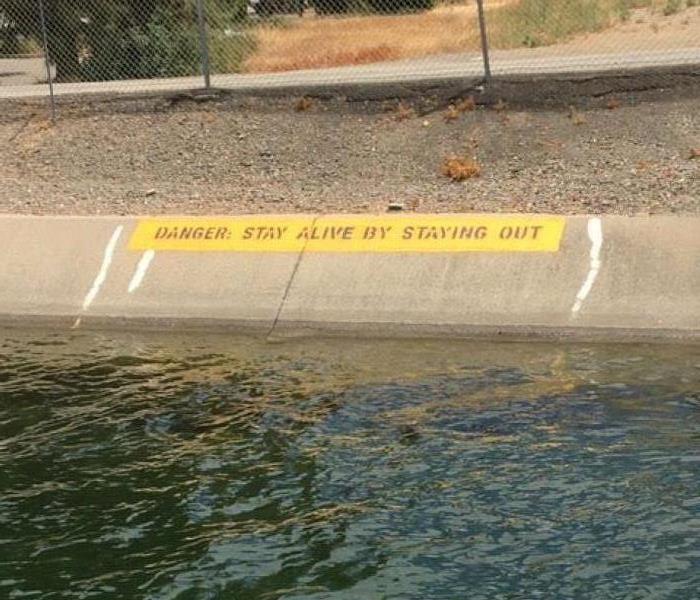 Stay out of irrigation ditches and canals during warm weather. They may look refreshing but are actually extremely dangerous.

With temperatures over the 100 degree mark in Solano and Yolo counties recently, any body of water seems like a great place to cool off, but irrigation ditches and canals are ones you should stay away from.  They may look inviting and refreshing, but they are actually extremely dangerous to enter.  That’s why most canals have fences around them.  Be sure not to climb on the fence and don’t ever go fishing in a canal.

Canals typically have fast underwater currents that can sweep away even the strongest swimmer, leaving them helpless to escape.  Additionally, many canals have steep, slippery sides that are nearly impossible to crawl out of.

Canals are manmade structures that are used to transport water for irrigation and other human uses. Many canals were originally constructed in areas without a huge population, but as an area surrounding the canal becomes urbanized, the canal ultimately can run through neighborhoods, making it particularly dangerous.

Irrigation ditches are not as large, but are equally dangerous because they can contain trash and other debris such as rocks, glass or barbed wire that you cannot see from the surface.  Pesticides, herbicides and other pollutants can be found in irrigation ditch water and it is definitely not safe to drink or swim in.

The water in irrigation ditches can move fast enough to sweep a person downstream with little chance of getting out safely.  Some ditches have undertows.  If you are caught in one of these, you can be pulled underwater and your chances of getting out are very slim.

Here's a few tips on keeping you and your family safe near irrigation canals and ditches:

*Never swim in or play around canals or irrigation ditches

*Never jump in to rescue a pet or object.  Instead call 911 for help.

We all want to try to beat the heat this summer, but SERVPRO of Vacaville/Fairfield/Dixon/Davis wants to help you stay safe by knowing these tips for irrigation canal safety.